About the D.C. Jazz Lobby 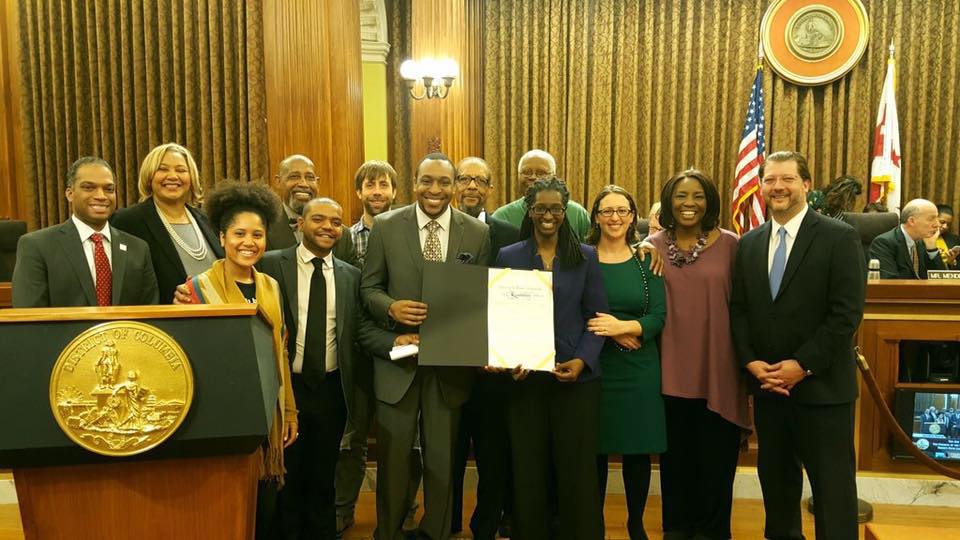 The D.C. Jazz Lobby is an arts advocacy initiative aimed at aiding the D.C. jazz
community by engaging government agencies, performing arts related organizations,
jazz education programs, D.C.’s sister cities, and local media in order to preserve,
promulgate, and develop Jazz Education for and of D.C. based jazz musicians. This effort
has been spearheaded by D.C. jazz musicians Herbert Scott and Aaron L. Myers II along with
various musicians and supporters from the D.C. community. This effort began in April 2016
after the closing of the historic Bohemian Caverns jazz club which was located in the
historic neighborhood of U Street, otherwise known as Black Broadway. The D.C. Jazz Lobby began
with targeted meetings with D.C. Councilmembers at the John A. Wilson building and in a month’s time
a council resolution, which among many other things recognized Jazz Appreciation Month (April),
International Jazz Day, and the role of women in jazz. The D.C. Jazz Resolution or CER21-0198 was
passed unanimously by the entire D.C. City Council. The lobby met with the D.C. Economic Partnership,
D.C. Economic Development, The Federal City Council, the D.C. Commission on the Arts and Humanities,
the Council of Business Improvement District, Cultural Alliance, Cultural Events D.C., D.C. Chamber of
Commerce and many other groups to produce a bill entitled the D.C. Jazz Preservation, Promulgation,
Education and Performance Artist Act of 2016. The bill was ultimately rejected in December 2016
but efforts by the D.C. Jazz Lobby project that the bill should be reintroduced early 2017.

Public Hearing for the Jazz Preservation, Education, Promulgation and Performance Artist Act of 2016 (B21-0835)